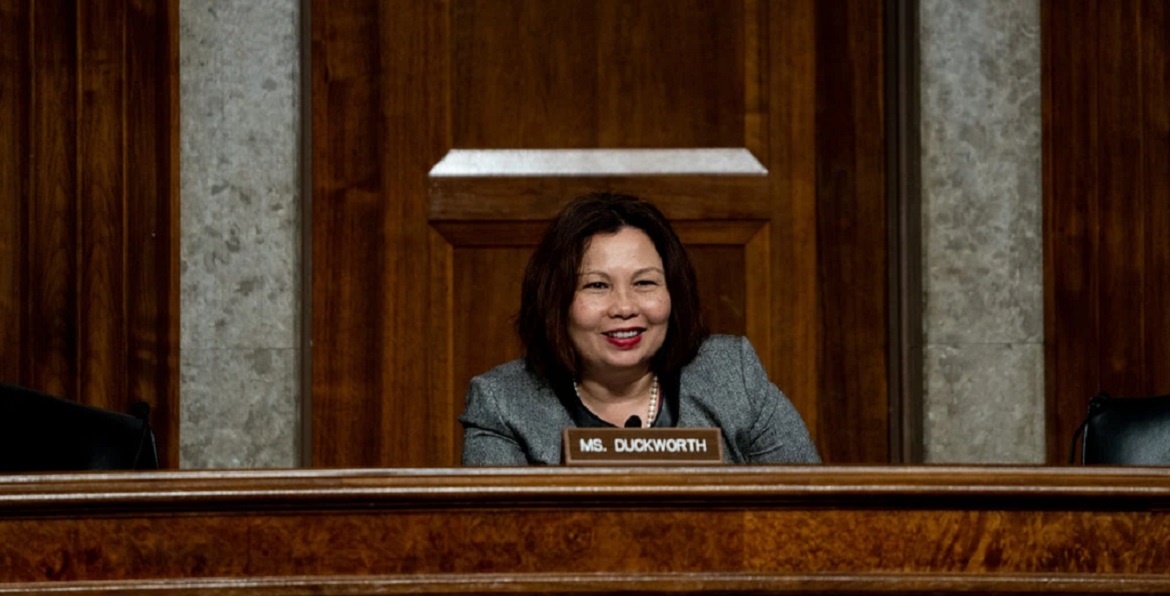 In a June 25, 2020, article, the New York Times reports on the Biden campaign’s consideration of Illinois Senator Tammy Duckworth as a running mate:

“Ms. Duckworth is among more than one dozen women who have been considered by the Biden campaign to join his ticket, and she is among a smaller group asked to submit documents for vetting. But she is rarely talked up by Washington’s consultant class.

She is not one of the Democratic senators who ran for the top job this cycle and then became part of the vice-presidential search. She is not from a battleground state; vice-presidential candidates often are. She is not among the running-mate contenders who are black; many leading Democrats feel Mr. Biden should choose a black woman, in part because of the growing public attention to and support for fighting systemic racism. Her politics are in some ways abstruse; she largely votes with her party but she is not particularly identified with any progressive cause, other than an often bipartisan distaste for protracted foreign entanglements.

But presidential candidates generally try to find a running mate who can both complement and highlight their own political qualities, and in that sense, some experts say, Ms. Duckworth fits the bill.”

“That summer, Kevin Conlon, an activist who raises money for Democrats, got a call. “A person says, ‘This is Captain Tammy Duckworth. I am calling from Walter Reed Hospital. I was in Iraq, I got shot down, but I want to run for Congress. Can you help me?’” (She discharged herself from Walter Reed early in order to begin campaigning.)”